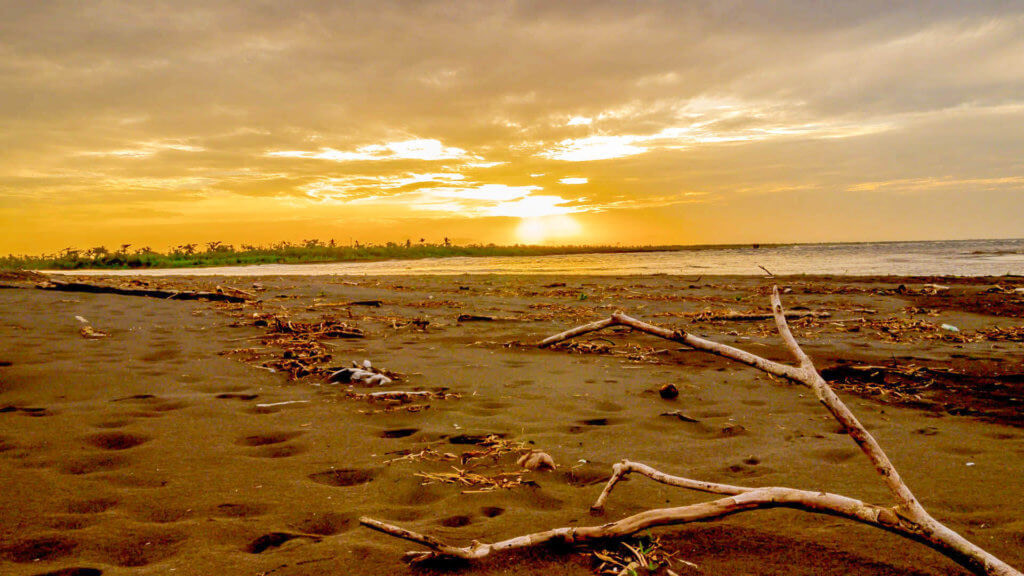 Nicaragua is densely inhabited, and Nicaragua is slightly larger than Greece, and at the exact same time, Nicaragua is practically untouched by the presence of humans. Nicaragua is volcanic and flat and cooled by refreshing breezes, low-lying and mountainous.

Nicaragua lies in the middle of Central America, bordered by the Pacific and the Caribbean, by Honduras to the North and Costa Rica to the South. Nicaragua extends over 130000 square kilometers ( 51000 square miles ).

Climate and Weather in Nicaragua

There is altering climate in Nicaragua although not as rainy as you think! Rainfall changes from season to season and from zone to another. Temperatures are warmer or colder, depending on altitude.

The average temperatures in Managua are approximately 28 degrees Centigrade ( 82 Fahrenheit), with either dry air ( November through March) or constant humidity. Other Central American nations have eternal springtime.

Through November to May along the Pacific, hardly any rain falls. Humidity is low, and beaches have guaranteed sun. The dry season.
Rains arrive in full force in mid-May, usually in the afternoons. For several weeks in July and August mists can disappear altogether. September and October bring the most intense storms. The Rainy Season.

Moving toward the Caribbean side of Nicaragua, the rainy season gets longer. While western Nicaragua is enjoying its dry season, we still see rain into January and February. The real dry season doesn´t start until mid-February or the beginning of March.
Temperature is about 30 degrees Centigrade ( 85 degrees Fahrenheit ). There´s hardly a dry season; storms make their presence felt without warning, but they help to temper the weather.

What language do we speak in Nicaragua?

Spanish is the official language of Nicaragua, it´s what most people, in fact, speak. But it has its own “Nica” Characteristics. Usage and grammar follow Central American types, which are not precisely what the Royal Spanish Academy preaches.

Don ´ t consider an intensive course in preparation for your trip if you don ´ t speak Spanish previously. Nicaraguans discuss the language of hospitality, and if exact phrases are missing, will smooth your way. We are outgoing and friendly.

Spanish is not the only language spoken in Nicaragua. Out on the Caribbean coast, where pirates once roamed, the language of communication is English, a legacy of pirates, slaves, and British masters. In addition, the Miskito, Rama and Sumu peoples of the Caribbean low-lands have their languages.

What to see in the Caribbean Coast of Nicaragua

If you’ve never thought about visiting Nicaragua, you’re missing out on one of the last true paradises. This country has become one of the most popular destinations for adventurers, ecotourists, and sports anglers, mostly due to its efforts to preserve and utilize it’s crucial tropical natural resources, Río San Juan.

Where the rainforest meets the Caribbean coast, you’ll find some of the most beautiful untouched wilderness in the world. And here is where the Rio San Juan runs. The Rio San Juan is the natural border of Nicaragua and Costa Rica, and it runs out to the ocean from a lake deep within the interior.

San Juan river natural treasure along the banks of the San Juan. Undisturbed rain forest, odd insects, and plants. Sharks in the past considered to reside in Lake Nicaragua, feeding along the way to the Caribbean sea.

Jacques Yves Cousteau conducted studies of Nicaragua on the freshwater shark in the 80s at Lake Cocibolca. Captain Cousteau toured the San Juan River and the Solentiname Islands attempting to see whether the sharks of Lake Nicaragua had developed a specific development

On the San Juan in its upper stretches, the river flows wide and quickly out of Lake Nicaragua; from bank to bank, it averages 300mtr along its course. However, a shallow course it is said to have diminished as the hearth that was uneasy has shifted in quakes, raising the river base.

Twisting, turning, widening, narrowing, the river divides to enclose finger islands, and seems to stop altogether in level stretches through the bottom-lands subject to flooding, then suddenly shoots rapids known as El Toro, Santa Cruz, Las Balas, San Pablo, and many others.

Only Seasoned captains head for exact spotting the depths, calculate conditions, and choosing the precise spot in the waters that will allow safe passage. In its lower reaches, Río San Juan flows faster and deeper between rocky banks, then spreads fingers of water reaching through its swampy delta towards the sea.

Sport fishermen come from around the world to fish the giant silver tarpon fish that hunt in these waters.

Tarpon is known as one of the showiest of fishes – they love in particular to jump and thrash with the acrobatic skill of stuntmen. You can also hook rainbow bass, BIG snook, machaca, and countless other fish. Jungle river fishing is an entirely different art form and an invigorating challenge for any sportsman.

If you’re planning a trip to Central America anytime soon, take advantage of this hidden gem of a region before everyone else starts to find out what Nicaraguans already know.

Nicaragua’s second largest rainforest reserve,it runs along the Nicaraguan side of the river for many miles. The Reserve is wholly cut off from any roads or cars, and most visitors. In fact, to even walk through it, you need to be accompanied by a certified guide.

When you’re floating along the river, watching that virgin coastline slip by, you will feel like you have passed into another world.

Spaniards conquistadors built the castle of the Immaculate Conception in the village of El Castillo in the 17th century. They made the fort at the riverbank to protect against pirates, and later the attacking English. When you stand on its battlements, overlooking the river that has floated past other people standing right there for hundreds of years, you feel a connection to the deep history of the place.

Among the riches of Indio Maíz are medicinal plants, orchids, countless insects, and wildlife that includes 25 species of snakes, monkeys, deer, peccaries, tapirs, coatis, and many, many others. Indio Maíz Biological Reserve has some of the most incredible biodiversity on the planet.

What to bring for the jungle

How to reach the Indio Maíz Reserve?

Small boats from El Castillo to San Juan de Nicaragua and other boats ply the river on a regular basis. Speedy boats can make the trip from San Carlos to El Castillo in about two hours. Longer and slower riverboats. Wich are something like collective taxis of the river, take about six hours.

San Juan de Nicaragua o San Juan del Norte, the village at the mouth of the San Juan, is a settlement of mostly fragile wooden houses. It was known as Greytown, the name given by pirates and English sailors.

Pirates, privateers, and sailors officially in the service of the Crown in Britain sailed through on their way to attack Granada on Lake Nicaragua or to cut the Spanish realms in two. Commodore Vanderbilt´s transcontinental service in the 1850s debarked passengers here for the riverboat trip to Lake Nicaragua. And a dredge from a failed attempt to build a canal can still be seen in the harbor.

The ruins of the original filibuster base pirate camp and interoceanic terminal have not yet disappeared; the newer townsite of San Juan del Norte, is just up the coast, where the Río Indio estuary finally empties out into the Caribbean.

The Corn Islands are 75 kilometers off the eastern Caribbean shore. The residents speak English and Spanish, the music is reggae, and the houses stilts look as if they were offloaded for a movie about Jamaica. Miles of white beaches, clear water, swaying coconut palms, sun…

Spaniards initially called Great Corn “ La Isla de Los Mangles” “ the Mangrove Isle,” early English types called them Pearls. Eventually, the Caribs, who settled these shores toward the end of the eighteen century, named them for the prevalent plant.

The Corn Islands were once a shelter for pirates who preyed on ships carrying the riches of the Spanish colonies, and the least one wrecked galleon has been located in 72 feet of water.

Many of the habitants are Caribs, people who trace their heritage both to escaped African slaves and to and Amerindian people with which the slaves intermarried on the island of St. Vincent. After a rebellion against the British in 1795, they were dispersed to islands off the coast of Central America.

Nicaragua exerted its dominion over the islands in 1894.

You can get to the Corn Islands; flights operate from Managua, La Costeña has service in small planes.